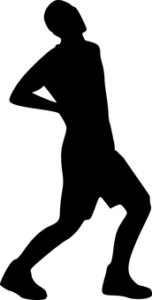 Notice there are videos showing up about feelings and the body lately on social media? I must have seen five or six in the past month alone. Let me tell you why I think it’s great.

I say it’s a good thing because finally people might at least start getting on to a whole host of physical issues which have at their crux the feelings they carry each day.

Feelings live in the body has been my assertion for 30 years. How do I know this? My back… and Fritz Perls.

Fritz Perls was this old bearded psychiatrist who with his wife Laura founded Gestalt Therapy back in the beginnings of the great psychological heyday, mid-last century to present.

Never mind the details of his approach, it was this one thing he mentioned which struck truth in me. It was the idea of carrying around a gunnysack of anger. How it would eventually bend you over with its weight.

No kidding Fritz, cause my freaking back was killing me at the time and I was often really pissed off! 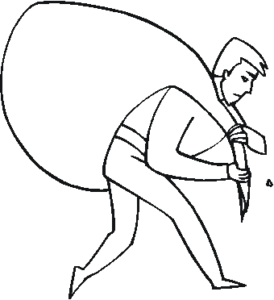 That’s when I made the connection. Just as exhilaration is manifested physically with butterflies in the belly, a quickened heartbeat and breath, and a flushed face and wider eyes, so too does negative emotion have an effect in the body.

Only, it’s more than that. It’s not just the frowns and the downturned mouth and focused eyes. And that’s because of the second thing old Fritz taught me: unfinished business.

You know what unfinished business is like, it drives us nuts! You mean to get something done but there it lies halfway done and you have to leave it and hope you remember how to get back into focus when you finally have time.

Start to learn a new platform on your computer at some point. Be it Photoshop, WordPress, or this one: C-Panel.(*!%&!!). Go take on one of those as a complete rookie and then leave them alone for a time and go back. It’s a start over.

Do it halfway through a project that got put on the shelf and it’s likely the frustration factor goes up, WAY UP.

Hell, switch from a PC to a Mac. Don’t use it often and every new thing you try is a whole other learning curve. UGH!

See, the problem with us humans is we need each other to get along. In fact, our need to belong drives most of our psychology. So, what happens when we interact, and those connections don’t happen to our liking?

Sometimes, let’s face it, we can come across as assholes. I’ll be the first to admit this. And sometimes other people are assholes. In my experience, they are the last to admit it. But that’s besides the point.

And that is where the gunnysack of anger and unfinished business meet: In the body.

It’s in the body because of the Chain of Being. Your existence is run on Physiology, Emotional States (comfort/discomfort, aroused/relaxed), Predictive Feelings (based on experiences) and Thinking. 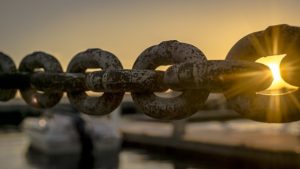 The Vagus Nerve Complex connects the brain stem and the organs. Most of the neurons lining the gut and heart and elsewhere signal towards the brain, but some run the other way. When we have unfinished business, the body records it.

It does this protectively, and predictively. It wants to avoid future pain and so, beneath awareness, registers our pain and holds on to it for future reference.

There are two ways to intervene in the Chain of Being. One is through the body, the other is through thinking.

And you could say there is both a fast way and a slow way of impacting the body with feelings and emotional states.

Trauma is one way. When we experienced something significantly scary and are able to fully express our fear physically (crying, running away, being comforted by people) and resolve it with those around us, our sense of safety is restored to some kind of balance.

When we are prevented from doing this, when our natural defensive mechanisms are thwarted because of circumstance, we can become stuck in a defensive position indefinitely, depending on how far along we were in the vagus signaling.

And then, there is the insidious piling on way. That’s when we build up unfinished business over time to where it becomes as burdensome as trauma. It’s quantity over severity. And it can be just as devastating to physiology.

The brain ascertains what’s going on with the body, then predictively creates your emotional state using the databank of your previous emotional experiences before you are even aware. It all happens beneath awareness. Only afterwards is this measured up against social reality and made open to correction.

Carry around that gunnysack of anger and the Chain of Being is polluted with negativity. The body remains tense, emotional states remain aroused, feelings are neutral or negative. And thoughts, which Peter Levine in “In an Unspoken Voice” says are explanations from the body, are similarly influenced.

Now, you’ve got yourself a classic loop. A vicious cycle of negativity and eventually, the possibility of despair.

Hence, my bad back.

Medical science has known for a time some guys with two ruptured disks have pain and others with the exact same condition don’t experience the same level of discomfort, or any at all. How can this be? It’s either broken or it’s not, I thought.

Well, so much for the notion of a separate brain and body. Nope. One system.

Hopefully, you have an address, a place to put all your stuff and collect your mail, a place you call home on some street, in some town or county somewhere. No doubt, you have a number out front so people can find you.

Let me tell you something: the true universal address of your existence is in your body. That’s where you, (insert name here) really exist. It’s like the turtle who carries his home with him. You’re no different. That body of yours is your domain.

Four things main things I learned over the years to fix my back. Oh, there are plenty of subtleties I’ve picked up since then, but these were the broad strokes which saved me from being bent over like an old man every day in pain.

You can intervene on the Chain of Being at two places, physiologically or thinking. You attack it from the ends.

So, when I’m feeling tension build up, I do ten burpees. Nothing releases trauma from the body better than movement. And going at the body is fastest. Engaging the body causes a chain reaction all the way to thoughts at the other end. As my home, as the place where I live, I take care of it.

The second thing was a decision. I learned this under the influence of an old preacher who wrote a book called “The Power of Positive Thinking,” way back. it’d been out for a long time before I got around to it. I’d just left a psychology class in the mid-80s and was walking down the hallway when it hit me: “Happy is a Decision.” I’ve been telling myself this since.

Thirdly was something my psych prof taught me. Anita Roy was a Gestaltist herself and a real fire-cracker of a teacher. She embodied the Gestalt Prayer I’ll include with this essay.

She explained something which changed my life. It was that people always make the best decisions for themselves at the time, If they could have made a better one, they would have.
You can’t fairly apply hindsight to yourself or others, it’s a bullshit ploy. It’s a judgment not available in the moment.

And with that understanding, I learned how to let go. People bring their own histories, locked and loaded into their bodies and predictively being operated by feelings derived from old experiences, and are doing the best they can.

Sure, they come up short. And don’t we all?

It’s here where I was lucky, perhaps more than most. I’d lived such a faulted life to that point, how could I possible judge someone else’s? That’d make me even more full of shit than I already was while accusing someone else of being in the wrong.

No, couldn’t do that. That avenue was closed. Which left only one possibility. Forgiveness. Well, I can’t tell you how annoying it was to come to THAT conclusion. WTF!

You mean, I’d have to let it all go? Because my anger had driven me for many years. There were secondary gains to hanging on to my bullshit, to my complaints, to my judgments and excuses. I’d have to let them go too.

So, I did. I used these four strategies and let all of it the fuck go. Gone, out. Shot to the moon in a rocket. And my back got better. Not cured, but damn it, WAY BETTER!

Which by way, the moon helped too. I’d picture myself up there sitting near the “one filled with cheese” during my first meditative experiences, and picture my life far below, a metaphorical ant climbing around down there somewhere on planet earth with all the other humans as ants too.

Take care of that body. 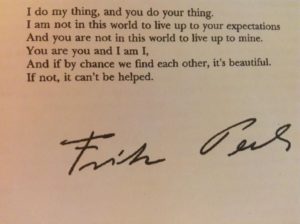