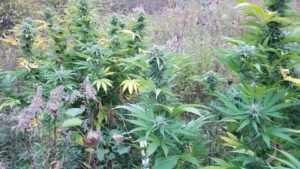 46 YEARS AGO
It has been a long time since the Ledain Commission of 1972. That’s when the Canadian gov’t decided it would reach for its own version of truth despite the bullying coming from our neighbours to the south. 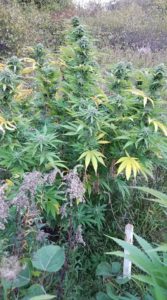 A couple of years ago, missus said she like to smoke the odd bit with her sister. So, I grew her a couple of plants. She hasn’t smoked any. I keep giving it away since I don’t smoke it either.
Two weeks ago, I made some hash for a friend. I tried to smoke some and it’s just too fucking killer. Can’t do it. So, I have this big ball of hash lying around for when guest stay over. That’s how it was back in the day, back when I first used hashish socially while living on my own.
If you came to my house in the 70s, often in the 80s or parts of the 90s as well, as you left I’d press a piece of the good shit into your hand so you could smoke it later. There was a nice ritual about it. It was a small act of kindness, or of largesse and pride. I suppose I’d do it again if you come to visit.
But what I’d like to see is a rational discussion of some of the other parts of the cannabis story. I knew a kid named Mikey who got so paranoid from drugs, mainly cannabis, that he got early onset schizophrenia or something. He jumped out a seventh-floor window.
I hear enough about how it cures everything from the common cold to cancer. Or that CBD oil is the best sleep aid made. What the fuck is wrong with sleeping without any aids? Nature didn’t make it so you needed a cannabis derivative to get to sleep. You know I have an insomnia course right?
In any case, it’s the life gone sideways I am concerned about. It’s the confidence we lose from daily dope-smoking that’s risky. There’s plenty of weakness already in the world. There’s lots of things that can turn a man into a docile lamb, so he hangs up his balls and acquiesces to the vagaries of life.
Meek and mild is just the way the powers that be like to keep the population. Go visit an old-age home and watch the zombies there. Visit a grade school and the boys are on Ritalin. How many of us can see our doctor and not leave with a script? Now they have legalized low confidence and indecision for everyone. Nice.
If ever there was a time to buck the trend, to not follow the crowd, this might be it. Confidence is your juice, don’t compromise it for anything.
Don’t let this one get you.
Stay powerful. 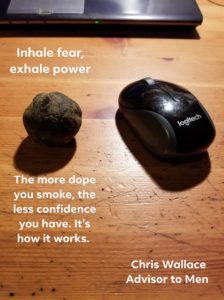