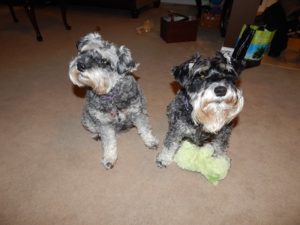 Most of us are lucky if we can count on one hand the people we consider close enough to confide in, to turn to in times of turmoil and trouble. Even, to be able to say “I love you,” to someone, be they man, woman or child.

Or, just to check in and connect, somehow, on some level, to let others know you exist while recognizing they exist too. And I’m not even speaking about only being able to tolerate someone else’s company. Or liking them.

Liking a person is kind of important if you’re going to consider them a friend. You think? I bet we’ve all had friends at some point we didn’t care for, people we really didn’t like.

One of our brothers tonight called to say his dog passed away. It was an honour to take his call.

Thirteen years he watched over his friend. It was a runt from a champion line, but because of a heart murmur, it was going to be put down. My friend rescued the little pooch.

He spent ten grand getting her a heart operation way back in the early days. At six months it was attacked by big mean dog and had to have 18 stitches, undergone without complaint. All her teeth had been removed…

And today, bringing her into the vet to see if there was anything he could do to make her more comfortable, she waited patiently in his arms in a room.

She was gone. Just like that. As if, “thanks boss, but I’m 95 in people years and we’ve had a great life together. Goodbye.”

His daughter is 21 today. Most of her remembered life this little dog was part of it. As her father, this rough-around-the-edges son-of-a-gangster won’t tell her now. Not on her birthday. He’ll wait and tell her later in the week in person. He’s like that now, a man. He wasn’t always.

And that’s the thing about life and love. We may start out with not a lot of it in our heart but if we give it time, if we allow it for ourselves and others, it will find us.

They say there are three levels. One is “what can you give me” type love. It’s Janet Jackson singing “what have you done for me lately” while shaking her ass. Fuck off.

Two is a trading relationship. We trade with others all the time.

You tailor my suit coat for a hundred bucks, saving me from throwing out a perfectly good suit jacket I had made in Hamilton by Bruno the Tailor in ’89, and we’re good. Do it right and I’m happy, you’re happy.

But is that love? I don’t think so. Yet, many of us have only a trading relationship to come home to every day. And that’s the thing, you see: It’s not quality.

It’s why my gruff friend, as hard as any guy, grieved today. Because his little dog gave him nothing but level three: unconditional love. The dog made itself belong to my friend, unquestionably, irrevocably, and loved him even on days where my friend may have been unable to love her back.

It’s part of a man’s DNA to take care of others. If he does it or not is another thing. It’s not enough to call yourself a man because you produce more than you consume, so there’s extra to go around. It’s bigger, much deeper than that.

I once knew a fella whose background was the Irish Mob in Canada. Eastern Canada based, he worked out west. I think it was mostly because all the guys above him had been whacked.

Those Montreal Irish, The West End Gang, purportedly connected to the IRA guys back home, scared the shit out of the bikers and the mob most days. They made Montreal bank robbery capital for many years. Forced the Canadian Bankers’ Association to undertake drastic changes in their procedures.

I noticed he always had a small dog with him. Little thing, probably a Bichon/Poodle mix or something. One day, I asked him, “Hey George, no disrespect or anything (respect is big with goodfellas, like a fucking religion), but why is it I see you with such a small dog all the time?”.

Fucker looks at me quickly, stares me in the eyes. I brace myself just a tiny bit. Suddenly, he softens a fraction and says to me matter-of-factly, “Because little dogs need protection too.” His eyes held mine for a moment and he looked, well, very human. Obviously, I accepted his answer.

In fact, I thought it was the best response ever. Sure shut me up, and no, I didn’t probe further. I knew there was something more to it but it wasn’t the time. What else could I say?

My friend today telling me about his little dog filled in a bit more about what George meant. See, my friend told me he grieved more today for this little dog than for his own mother and father when they passed.

It’s just both guys had experienced little in the way of unconditional love in their lifetimes. Yet, their humanity, surrounded by a fortress of protection learned in a lifetime of pain, was there, mostly hidden, but intact.

It just took one little dog to bring it out.

In the quiet moments away from others, the loyal pooch and master found and celebrated what was important.

Not sad at all, I say. More like, hopeful. It’s a reminder to recognize pure love when we see it and know it’s real.

Because there lies the real power in life. If we are not standing up for good, we can’t even call ourselves neutral. Because good is love, and love is what counts. Indeed, it is love which is powerful.

Today, I salute all men and their dogs, big or small. Condolences to all of us who have lost a beloved pet. They are like family, perhaps even more. Man’s best friend is also a bridge to what is best in a man.

Find it early or find it late, we must all find love. 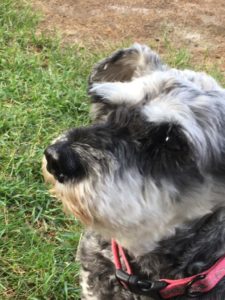