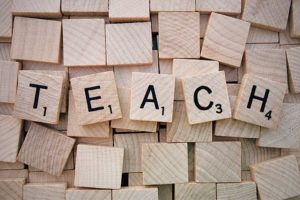 Gents, this is not a post about Shakespeare. Though reading the bard gives leaves me feeling a bit dizzy, searching for levels of meaning I missed, I still appreciate him and his talent.

What this post is about is the words we choose. It’s a post about one of the two superpowers of the Chain of Being. Focus and Language transcend the Chain, affecting both physiology and thinking. I want to talk about word choice.

My father was first a newspaper reporter in Halifax, Nova Scotia. He resisted going into advertising, something which would have been a natural fit for him considering it’s what his father and uncles did. Estranged from his dad for most of his life, he challenged himself elsewhere as a wordsmith.

Eventually, he wrote the style manual for the Canadian Armed Forces, and then chaired the group which developed the Public Service of Canada’s reference of the same name. Often, books would arrive at my home asking dad to review them for an author. In retirement, he served as editor and proofreader at a local outfit near his home, the Grunge Press.

Our family grew up surrounded by books. Indeed, I have many of my father’s old volumes, now added to my own collection. It’s interesting to see the differences in writing styles from his era and before, and now to today.

During my childhood, my father would ALWAYS correct me when I spoke, helping me to find the right word to express what it was I was trying to explain. It wasn’t enough for him to rely upon, “You get what I mean.” Nope. The old man insisted on the exact word to best describe your thoughts and to fit what was said.

To that end, most, if not all, of our conversations entailed corrections, rewordings, clarifications and more rewording. When I was young, this was annoying. Often the words he used I did not know, not very well anyway. But those small exactitudes helped me be more precise. The problem was this: his precision often had to do with how I somehow came up short on something.

But overtime, especially as I learned to read more complicated books in my teens, these subtle differences made for deeper understanding. And it helped me explain myself to others better. I’m sure it got me laid.

Language needs precision because of its ability to carry memory. As you know, the Chain of Being starts with Physiology, which creates an Emotional State, upon which the brain predictively derives Feelings based on past experiences and finally, Thoughts, best understood as bodily explanations. All of it is done surreptitiously, beneath awareness, with body, state and feelings lightning fast, thoughts coming up at the rear later, then measured up against reality.

Because of our various histories, words can become loaded, meaning they can carry more meaning than just their dictionary versions. Use a word too many times for the wrong purposes, or in an exaggerated way, and it quickly loses its power. Words like “awesome,” fantastic,” and many others no longer carry the same weight they once did. They become a cliché, part of cultural memes no longer tied to their original meaning. They lose power.

It’s hyperbole. Now there’s a word. I first encountered this one selling magazines door to door when I was sixteen. A customer refused my sales pitch and said, “I’m not taken-in by your hyperbole and my answer is no,” as he shut the door. I had no rebuttal for this one because I had no idea what he’d said. Later, my manager, a college grad, gave me a definition but I had to go look it up myself to get what kind of dismissal it really was.

“Awesome” and “fantabulous” are hyperbole. My customer could have just cut to the chase and used the word, “bullshit.” That one I understand. 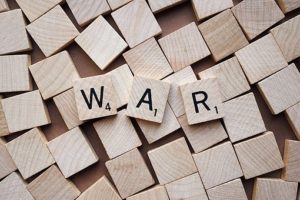 We also fool ourselves with language in every day speech. When we say, “I feel that…”, we are not telling someone what we feel at all. We are telling them what we think. Only, we are using the “feel” word to manipulate the listener, hopefully so will be more accepting what we say. After all, a feeling is personal, and each person’s feelings are their own. There’s no accounting for them, so hiding behind “I feel that…” is a great way to dishonestly deceive another. It’s loaded.

We are also hard on ourselves when we insist on using the sometimes self-flagellation words “should” or “must” but just as often these are used to demand something from others. “You should…” or “We all should…” have a place in life, especially in the context of suggesting an approach we favour, one that will result in a better world. But we must be careful about allowing should and must to tyrannize our souls with inadequacies, the kind amounting to “I’m not good enough.”

You’ve no doubt heard it said as “coulda, woulda, shoulda,” the triumvirate whips of coming up short. Be on guard for these insidious perversions of language. Know them for what they are, often petulant demands of ourselves and others.

“Have to” is another one. Nobody “has” to do anything. Make sure you are deciding you “have to” and not lamenting you “have to.” Big difference. One is agency and power, the other is self-pity and weakness. Know which is which. Better still, why not just make the commitment and say, “I will?”

Then, there’s “I can’t.” It’s another devious one. I can’t fly. This is partially true. I am certain if I jump off a tall building and start to flap my arms I’m going to hit hard far below. In this case, it’s a statement of fact. But I can certainly fly in an airplane along with another hundred or so passengers and come and visit you.

If I don’t like flying in airplanes, and refuse to do so, a more honest statement is “I won’t fly in a plane.” Now, it’s a decision. Can’t means won’t. It’s tricky, and it’s one of the ways a man allows bullshit to creep into his life.

To Be and E-Prime

What about “to be” verbs? These are a mess of trouble. The ones we need to discuss are as follows: Being, been, be, was, is, am and are. Problems arise when we use these because they describe things as fixed entities.

He was “being” a baby. You’ve “been” fooled. Don’t be mean. It “was” wrong. I “was” better..  He “is” wrong. I “am” OK. You “are” OK. These are all examples of pronouncements, fixed state qualitative judgments. What about “I am not good enough? Where’s the possibility of transformation in that?

Not great for communication, you and I both still use them. Only, now you’ll be aware of their extra power. They don’t easily permit change, or a fluid state of affairs which would allow dialogue and compromise. They suggest a fixed state of being not easily moved forward into something else, something more.

You could try the above these ways: He’s struggling to find his maturity. If you were fooled, what did you learn? Can you be nicer? It wasn’t the best response given circumstances. You excelled today. His answer might not produce the result he’s looking for. Today, I feel good. I think you look OK, are you? Now, you’re introducing the possibility of change, of levels of quality, of fluidity. 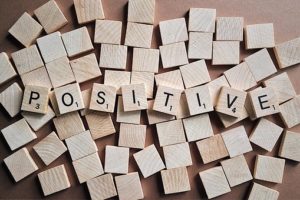 Based on E-prime language from a fella named Korzybski’s book from the 1930s, Science and Sanity (available online as a free PDF), Mel Schwartz gives a bunch of examples in his essay, Change a Word, Change a Life. Among the examples he uses are these:

It’s hot.
I don’t feel hot.
Now if I said, it’s not hot, I’m in for an argument. Instead, I’m just reporting from my personal perspective.

I am stupid.
Maybe I’m not so stupid… but have often felt this way. Why?
This opens possibilities.

I am nothing
I feel like nothing
Now, it’s just another feeling to deal with, to examine for origins and why it is being used predictively by the brain in certain situations. To create new feelings, create new experiences. Now, there’s possibilities.

You are so selfish.
You seem self-centered to me.
Why do you see me that way? Now discussion can happen.

I agree with Mel’s advice when it comes to broaching a subject we think might get pushback. We all know times like this. The tendency is to be ballsy and just step and take a swing. But saying, “You’re an idiot,” is unlikely to produce dialogue and compromise. On the contrary, it’s likely to make things worse.

Better to open with a qualifier, “Do you mind if I give you my two-cents,” can go along way to breaking down at least a bit of people’s natural barrier. Assuming you’ve been given permission (not that you need it but you’re being diplomatic—the art of letting someone else have your way), follow it up with either “I think” or “I feel|” as you give your impressions and how whatever it is impacts you emotionally.

Make sure you take the high road and don’t resort to the “I feel that…” mentioned earlier. If you say I feel, tell them an emotion. If you say I think, tell them your thinking. You don’t do anyone any favours by introducing deceit into discussion.

Try to keep Korzybski’s E-prime advice in mind. Use less “to be” verbs, and more “I think” and “I feel” instead. Catch yourself making pronouncements at your own and other people’s expense.

Watch carefully for the kinds of demand words making it into your speech. Should and Must are the big ones, with “Gotta” not for behind.  It’s one thing to influence, it’s another to close possibilities in communication.

You’ll find by the elimination of an untruth like “I feel that,” you take greater responsibility for your life and impact on others through your words.

Language is a special Chain of Being force affecting your belly and your mind.

Think for a moment about different words, and how they may have been used to hurt you, to punish, to harm or to cause you pain. Now, think of words which have been used to compliment, to boost you and to reward you over time. It’s easy to see there is both a physical effect to words, and a mental one too.

The Better Man is aware of the power in his words. My father may have known the power of his words but not in this way. What my dad lacked was how to discern how restrictive they can be. We didn’t know how words keep us stuck in a cycle of bullshit over time. In the ensuing decades and the advent of word psychology, we know better.

Not worth your time? Can’t be bothered? 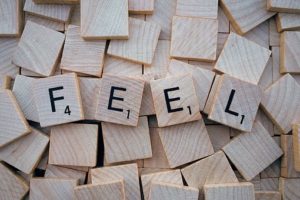