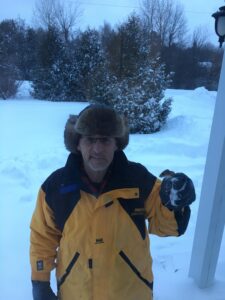 Often, I wonder how my life might have unfolded without some of the women I’ve been blessed with knowing along my journey. To be sure, the opposite sex and I have had some bumps along the road but overall, my existence has been immensely enriched by their influence.

I could write a book about how, despite myself, the enduring feminine around me has helped me become a better man. That’s an interesting reverie, to imagine for each of them a chapter… about the things I could not see but were then revealed under the canny sorcery of the divine goddess. The problem with that daydream is that the book would be rather lengthy, and it may never end…

It has not ended, nor should it ever. No. Not at all.

It was long ago that I accepted we are not the same, and this has been the secret to my success. For by admitting we are different, the possibility of scorn is eliminated only to be replaced by awe. At least for me. I’m incapable of contempt for the oppositive sex as a group but reserve it for individuals of either gender. Like I said, I’m on a path to betterment… a long and winding road.

I suppose I have my four sisters to thank for that, especially my eldest sibling, my big sister.

Separated by three boys in a row coming after her of the nine charges under my mother’s care, she became Little Mother. This structural survival strategy adapted in aid of my mother’s ten pregnancies in twelve years overwhelm… probably cost sis a good part of a normal childhood.

Yet, unburdened by her mother’s more rigid shoulds, big sister could intuit revelatory answers unfettered by ultimate responsibility. She spoke truths to us as she saw them, her long-established authority clear, and I was often surprised by both her wisdom and her independence.

What she saw was not what I saw. No, not at all.

And so, it has been throughout my adult life as it was in my early years. With a long history of appreciation for the female confidant, it was surprising that one of them suggested I have a daughter so that I might understand women more.

I thought I knew enough about women. Apparently, I was wrong. How odd.

Almost eleven years ago along came Charlotte. I call her Charlie. The use of this diminutive was probably inevitable but the way I remember it a young gal whom I told about her arrival suggested it, saying, “Call her Charlie,” to which I replied, “I will,” and it stuck. I wished that young lady a happy birthday last week and she has grown from gangly teen to mature woman. I wonder if she remembers telling me that?

To be sure, I’ve been surrounded by feminine cheerleaders throughout adult life, most of them encouraging, all of them holding out the promise that I might be more. I’d reclaimed my masculine core by the time Charlie came along but here was this little one telling me in so many words and by her actions that my efforts oft-fell short, that it was still not enough. Oh no. How could this be?

The first really significant time was when I gave her an unopened box holding an extra toilet seat I had laying around the garage from a repair. I sent her off with a “gift” to open with her mother. She was delighted, such a big box in her delicate little hands, excitement on her face and in her step.

That she returned later forlornly to confront me caught me off-guard. “Why did you give me a potty-seat, daddy? I thought you were giving me a nice present and instead it was a potty-seat. No one wants a potty-seat daddy, that’s not a good present for a little girl…”

I was stopped in my tracks. I remember thinking, this must be what Miko had in mind, the audaciously prescient roommate who told me to have a daughter for my own good a few years prior.

In the circumstances that day in the garage, I sat Little Charlie down on the weightlifting bench beside me and apologized for my insensitivity. I told her I was playing a joke but could see how that was completely wrong-headed.

I’m sure I attempted redress with some sort of concessionary promise. Whatever it was I offered to make her whole I remember she accepted it with grace and forgave me.

Whew, dodged a bullet on that one. She was four.

I remember four. It was not like that for me. No. Not at all.

I’ve been a little in awe of her extra powers and have magnified my appreciation for the depth and scope of women even more than I had up to then since. I see it in missus every day too.

If I go somewhere with my woman and encounter other humans and speak of my experiences she will listen. At some point, a version of “Now do you want to know what was really going on?” will ensue, and she will tell me all manner of subtleties that went right by me.

Some of what I missed will no doubt be because I don’t particularly care to know that much about the social undercurrents swirling around me. Even more of what I miss leaves me scratching my head… a little slack-jawed for my ineptitude and limited or non-existent awareness.

Thus, it was that I arrived this week at my front window, mouse in hand.

Charlie has caught mice before. I remember last summer she had one in a cage and would reach in to pet the critter’s furry back. I sat there willing to let her find her own way. That day the mouse had at first let her have her way but then, in a flash was up her arm and with a three-foot spring off her and onto me and then the grass, disappeared. It was Mouse Parkour before our very eyes.

The look on her face held amazement for a moment then gave way to acceptance. I venture to say that she quickly became “philosophical” about that mouse’s tenure in her cage, one that has been host to red squirrels, chipmunks, voles, and a variety of short-term visiting mice.

I do not find it inconvenient to change directions on the lawnmower in summer when I cut a swath and see a mouse low to the ground zig zagging away as if it was being attacked by an enemy arial machine-gunner laying down deadly-fire in a line to the destruction of all below.

I don’t mind aiding and abetting its escape. No. Not at all.

You see mice are plentiful here. There’s no eradication program under way, no campaign to rid ourselves of their existence among us. We will set a few traps in the house come November and catch them at will. I’ve long since boarded up possible entry to my pantry cupboards.

Sometimes I find remnants of oiled sunflower seeds I put outside in feeders for our many flighted visitors, on the steps inside going down into the basement. I marvel how some little critter carried those fifty feet and then negotiated entry and then brought the meal up onto dry wood to feast.

But this one I found running away after a pass with the snowblower over two feet of snow. There it was scurrying to and fro while my son watched. I told him to catch it and he froze. It could have been it was minus 29C at the time, it might have been fear. I went after the little runner and to my surprise, soon had it gripped and well-protected in my big leather mitt.

I knew she was in the living room, so I appeared at her window in surprise. She was enchanted I thought, and so left the mouse on the sill and went back to work.

She later explained to me what happened in response to these pictures her ma took. “The mouse just stayed there, daddy. It was climbing the screen looking for where to go.” 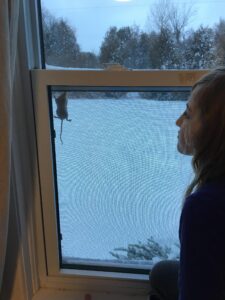 So whilst I was snow blowing the rest of the driveway, she donned boots and jacket and heavy mitts. She pulled that mouse off the window and examined it carefully, petting it for posterity she told me.

“Oh, right there eh Charlie? I think that’s a good idea,” I answered.

There’s a bit of a well under that wide cedar and the mouse will have access to the ground and maybe some seeds to nibble on. She would have thought of that my little girl. There is no getting around her sensitivities, and these are far more precious than gold in so many ways.

“That little mouse just wants to live, daddy,” she replied with certainty.

“Yes, you are right,” I replied, oblivious to the obvious, taken with this simple truth.

Another lesson from Charlie. 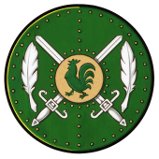