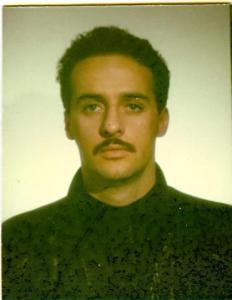 Far be it for me to judge anyone, I was once a pretty rough dude. Carried a gun for ten years, was out of the house at 15 you see. Had no one to really guide me in the ways of the world and how to survive a broken heart, or whatever it was. The rejection from my family of nine siblings after my dad’s breakdown, and my banishment, left me ill-prepared for the outside and its vices.

Sure, I sold drugs and did many of them, shot a few people and ran a crew. Many of the things a bright mind might get into living outside the boundaries of a family structure or strict scholastic influence. The streets are not friendly to a kid.

It has been 30 or more years of growth since my epiphany.

Lying on a couch mid-day, when I should probably have been gainfully employed, my broken arm in a cast from where I had blocked the second blow to my head from a baseball hat, the first one from behind knocking me down and nearly out.

Nurturing still the collapsed lung and hole through my chest where I had been shot by a cross bow and pinned to the cupboard door in a drug dealer’s kitchen while crack cooked on the stove. The chest hole, which I had plugged with a finger after pulling out the arrow and hearing the hissing sound of my life escaping, was healing well.

The shoulder to hand cast made shooting dope a real chore. The drainage bag taped to my side made me feel vulnerable and weak, as if my condition were chronic instead of temporary. Laying there, contemplating my life, I spotted my son crawl into the room.

This beautiful little boy, all blue eyes and blond-haired perfection, spied me in my abandoned position. He trundled over on all fours with an enthusiasm I couldn’t help notice against the backdrop of my black mood and thoughts.

He sought to take up his usual spot. He clumsily stood on two unsteady feet, gripping my shirt to gain traction, and pulled himself up onto my belly, turned himself around, and sat there perched on his daddy. He watched TV with me, sucking his thumb. I let my gaze wander back and forth from the TV to him, finally settling on him.

I realized looking at his profile, the wisps of blond curls framing his white skin and chubby cheeks, that he had no enemies. He had done no harm to anyone. He owed no debt to the world. He wanted nothing but to be loved by his parents.

He may have been the only person I knew in that enviable position. His slate was clean.

Slowly, like a fog lifting from a lake as the sun rises in the sky, it dawned on me: I would have to be a pretty callous and unfeeling individual to leave this little dependent creature to the unknown.

What would greet his future? How would it be defined?

The influences I could see from there: of the mercies of single motherhood; of a fatherless existence of possible despair and longing; of sequential suitors using his mom and subjecting him to risk in pursuit of her body.

Before me, the path being contemplated: most assuredly one that I would follow blindly and with determined hate fueling its fire. One which would ensure that I’d be eventually be languishing in jail, largely forgotten by his childhood existence.

Who did I think I was to do this to this little boy, this innocent who depended on me for protection?  He counted on me, his protector. I was in charge of protecting one little boy. It was my watch; it was my responsibility and mine alone.

I saw that it wasn’t something I could duck, or pass off on anyone else. No.

He looked at me and we were inextricably linked. I was his father.

That singular thought suddenly dawned on me with all the force and depth of ages. However we got to where we were I had to know that no one else on the planet could replace me in his life. I was it. 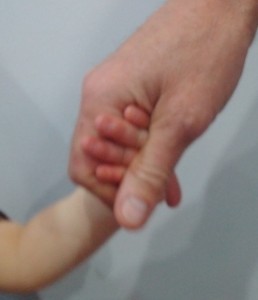 Everyone knew I would retaliate, and it would be done with a finality borne of my position as a thug, as a fearless antisocial that lived by a code. For I was a fool honouring a system of retribution understood only by the street.

The whole of the dirty city knew I was coming: the cops, my adversaries and all those hangers-on who speculated on the when and how.

There was little likelihood of pulling it off surreptitiously, it was that expected. I was most likely then under surveillance, round-the-clock.  I would have to sacrifice it all as if it were a preordained act, a foregone conclusion awaited gleefully by the man who would relish putting me away forever.

But that day, looking at that little boy; his innocence and beauty so plain to see; his need to be loved by only me so great and so particularly obvious at that very moment, I blinked.

Yes, I hesitated. For once, I checked myself. For him, I questioned my reactionary lifestyle and made my first good decision as a father. I decided then and there that if all my life amounted to in its totality was to be a successful dad to this little man, then that is the way it had to be.

The asshole that shot me would have to wait until another day to die.

I never looked back. And my boy is now a grown man and turned out fine. In fact, after working in newspapers with me here in Canada, he’s off on a great European adventure in the name of love.

Lenny “Le Lion” was gunned down in a pool hall on Gladstone Avenue, some two years later, after threatening to kill a man’s kids if he didn’t shoot one of his rivals. It was the same M.O. he’d used on me.

That person got life. I went on to school.

In fact, I graduated first in my class and moved my family several times across the country and back.  And here I am, intact, happy and thriving. Alas, my marriage did not last; nevertheless, fatherhood defined me.


And on or around his 18th birthday, I was busting my son’s balls a bit, as has been my lifelong habit and in what must be by now an ingrained personality trait of mine after my years as a goodfella.

I told him that I was going to forego the estimated few hundred grand it cost me to raise him. I had read that amount somewhere. And that my duty to him as a parent was over; that whatever help he received from me going forward would be based on our relationship and not from a sense of duty to care for him materialistically any longer.

I wanted him to know I had done my job.

He smiled, thought for a moment, and responded: “Dad, mom gave me clothes to wear, made me great food and drove me to school and stuff. But everything I know, I mean, everything I have learned about life and happiness and people and myself, I have learned from you. So thanks Pops. I love you”.

And with that he hugged and kissed me on both cheeks. 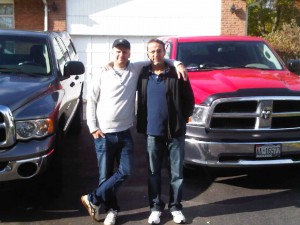