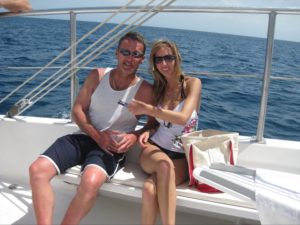 5 Love Languages? Give me a break.

I ask you: what kind of unfounded sorcery is this preoccupation with love languages?

It seems wherever I turn of late, in whatever forum, as soon as relationships come up someone asks the question: “what’s her love language?”

My, my, how far we men have fallen in just one generation.

Why in the hell would I want to know my wife’s love language? Does such a thing exist?  I have no intention of anticipating her every whim and desire trying to tailor my approach so that I become her best girlfriend in the process.  I know that’s an impossible dream. Wrong guy.

First out in 1995, Chapman’s book was rightly ignored for almost a decade and a half and did not take off until 2009. I’m not sure why… it took off at all. Oprah?

Only now, in addition to the original work, he’s also got versions for men, for singles, for teenagers, and for children, along with a 5 love languages book summary and a 30 day minute devotional. It may be out of control.

And all that’s in addition to another half dozen relationship books with his name on them. I’m pretty sure they’ll be an improvement. He’s an enterprising sort our Mr. Chapman, a marketing genius.

The author contends if only you knew your spouse or partner’s “preferred” approaches, magic between you will surely ensue. Fill her “Love Tank” by doing essentially what you do anyway, common expressions of devotion and appreciation for each other, only now named languages of love.

A kindly but fully indoctrinated soul on a post recently explained how he’s distilled Chapman’s game into the acronym CHAAP, with each letter corresponding to a 5LL equivalent , as in:

Is there research to back any of his claims up? Not much. The name is suspicious. (“You bought me a car? Now you’re talking my language, honey!!!”) Huh?

I suppose the good news is if your gal is the Receiving Gifts type, you can decide on the spot if that’s going to work for you longer term. (“I thought you wanted presence not presents, dammit!”) Everyone likes a gift, no exceptions. Duh..

Moreover, how many kids have a Love Language that includes Receiving Gifts I wonder? Isn’t that how Santa was created? Isn’t trading and receiving goods an imbedded trait in a culture dependent on each other for survival?

I think the idea of relying on 5 Love Languages as anything but a novelty pop quiz is weak. It’s the same kind of silly exercise we see on Facebook walls all the time. My friends and I find these amusing for the parts of them that are slightly true.

For example, only recently, I found out my dog personality in just a few moments of analysis: “You know about your loved ones’ needs very well and attack anyone who hurts them. The only way to get away from your power and strength is to never cross you. You’re as loving and as deadly as a Rottweiler.”

(Appeals to my protective instinct as a father and over-exaggerates the rest of it but I’ll take it on a slow Internet day).

Then I found out I was 31% undate-able, and 69% date-able. (Don’t remind my missus of what she already knows).

Oh, and I have an asshole quote: “I’m not an asshole. I am actually one of the nicest people you will ever meet. You’re just pissed because I can see through your bullshit.”

(I help people see through their stories and rarely piss people off doing it).

I’d put Chapman’s theoretical foundation on love languages in about the same category as these: cute, entertaining, and perhaps helpful to a degree, but casting a wide net with limited foundation.

Seems to me Chapman is taking obvious heuristic and repackaging it as if it’s the Shangri la of relationships, an ultimate panacea for what ails marriages, men, teens, and children.

And, well, everyone else too by the time he’s done. My advice is to skip the books and take the online test one time. That will tell you all you ever need to know.

I figure it’s only a matter of time before pictures start appearing of gullible souls flashing bookshelves with Chapman’s Complete Collection, all nicely arrayed by order of importance (or half read).

Anyone who studies these things knows an approach like the 5 LL is at best a way of getting people talking, and, at worst, a stretch into balderdash.

Should you try and be more sensitive to your partner’s needs? Duh. Does that need an answer? Should we try to understand each other in general? Again, stupid question. In what some call the age of empathy, this is yet another example of empathy run amok.

And that’s the problem with empathy in general. In a recent book, Yale University professor Paul Bloom cautions us by saying “if you are absorbed in the suffering of others, you’re less able to help them because achieving goals often requires inflicting short-term pain.”

Better to have something like compassion, or a version of cognitive empathy. That is, as Bloom continues, the “capacity to understand what’s going on in other people’s head, to know what makes them tick, what gives them joy and pain, what they see as humiliating or ennobling.”

Right about now you might be thinking, “Aha! That’s exactly what 5LL does!” Well, yes and no.

It’s just that 5LL is like the Myers-Briggs test given out all over corporate America: replication is weak and unreliable.

One day you’re an ESFI and a month later you’re an MBTI. In the same way, people’s life contexts change, and circumstances and maturity over time mean trivial preferences like those found in 5LL no longer hold up. They are a lousy way to go about things except on a very short term basis.

Relationships, and especially the differences between men and women, are challenging enough without imposing a “here-today, gone-tomorrow” rule of preferences, set like a trap to go off when you least expect it. What guy needs that aggravation? (“But I thought you liked chocolates sweetie? I’m on a diet asshole!”)

As human beings we are categorizers and meaning-makers. 5LL is a lot like following the Horoscopes: a little obvious bullshit for everyone. 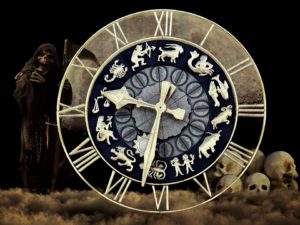 Stay tuned. In 5LL parts two and three, I’ll speak to what really works in a relationship.

Need help with this stuff? You can reach me at ckwallace.com under advisement options