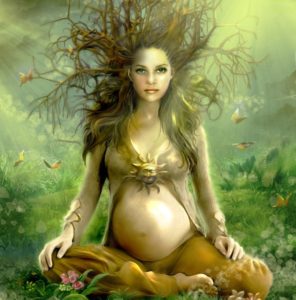 Come on, this is a fantastic graphic. It’s worth the whole post.

As men, should we understand women?

Some trip over themselves to answer yes. It’s plain that women can do pretty much anything a man can do outside biology, why wouldn’t we strive to understand them?

Others will tell you to forget trying the impossible. Perhaps you’ll see that as a challenge. Some will say we are not supposed to understand women.

My dearest father once told me the same thing. He is now 87 years of age, patriarch to a large clan, with nine adult children still around after his wife of 62 years passed in late 2014. He has four daughters, and he was brought up mostly by his mother and three older sisters. Dad might know about women, I thought.

So, it was probably at least three decades or more ago now when I asked my father about this whole understanding women thing. It was a time when I clearly didn’t, my inadequacy tormenting my days with distraction. He answered matter of fact like, as if he was pointing out something obvious: how I had it “all wrong, all along.”

That was it. Nothing more. End of discussion. Subject changed.

Really? Gees, I felt so dumb for a minute.

Then it dawned on me: what a relief that was!

I didn’t have to keep checking myself as if I was learning advanced mathematics with a brain for languages. No. It meant that in those few words I was done with the task. It wasn’t my job. It was something for the heavens, or the universe; it was for Mother Nature in her infinite wisdom.

Since that very moment, I began to notice NOT how my gal and I were the same, rather, how different we were, especially when at odds over something. In those cases, I’d examine my motivations, and guess at hers. I realized I had pretty good intentions most of the time. If I gave her the same latitude, so did she.

Over many years I examined the gender studies for divergences at a time when this was frowned upon by some. Like my own social sciences lab, I also observed the teams I ran–mostly young teenagers and young adults selling for me in various ventures door to door and at kiosks. About half were male, half female. There were clear gender variations that emerged consistently.

And in time, I began to understand women a little more. There were wide variations in individuals of course, but nevertheless, consistent distinctions. It was as if the very notion of letting go of the “should understand” rule allowed room for something else: appreciation.

Now, I think I get it. I admit it might have taken decades and an abatement of testosterone. It is what it is. As much as I can: I now get women… to a point. Not more because it will never be my default way of seeing the world.

It takes a double take, a little effort, some reflection and even more acceptance; indeed, I can bridge the gap if one presents. Starting with the notion way back that I’m not supposed to understand now makes understanding in any amount a bit of a gift.

Want to know the secret to fishing? It’s simple: fish where the fish are.

If they’re hungry, they’ll eventually bite something you throw at them.

When I first began to walk the rivers of British Columbia, rod in hand, I cast a lot of gear into unproductive waters. But when I began to recognize tail outs, structure, currents and pools and the seasons of a species’ life-cycle, I couldn’t keep them off my hook. After all, the fish live beneath the surface, where we can’t see. We must surmise our approach based on their needs. It took a fair bit of fishing to get to that point.

Like looking for clues to game, there are sign. Walk a trail with an experienced hunter and notice the difference between what you see and what they see. Similarly, it is knowledge that enhances a trapper’s success, and that comes with experience.

So it is with women. Subtleties I missed many years ago now present as clear signals. It’s not so much that I reject my father’s advice; it’s just that I’m challenged by it. It’s what sparked my quest, albeit abdicating perfection in the process.

The prize is peace; it is more love perhaps, lust certainly.

There is more. Recognizing that I’m not supposed to understand someone else frees me to reach new levels of tolerance. After all, can we really truly understand anyone completely?  By bridging discrepancy between us with acknowledgement for our differences, it’s my life that is enhanced by friendship and connection. This is generally true for both of us, regardless of gender.

I think that’s what my father was trying to teach me, both by way of his example and his brief counsel.

Fritz Perls may have been on to something when he wrote his prayer:
I do my thing and you do your thing

And if by chance we find each other, it’s beautiful

If not, it can’t be helped.

I believe my father was trying to tell me that by letting go, I would gain.

He was a naval commander at the time and I suppose for him it was no retreat; it was more of a way to regroup. Soldiers learn quickly how to pick their battles. It’s certainly been true since. Using the guiding principles of acceptance and appreciation, his wisdom has been a gift.

It also frees me to say that I’m a man and I won’t apologize for it.

Bet your bottom dollar on that one. 😉

Reach me by clicking here